“What’s it like to suffer from a woman’s disease as a man?”

I asked myself this question when I worked as a project officer at the Breast Cancer Research Group (BOOG), where we conducted research on breast cancer in men. In addition to my position at BOOG, I was also a photographer and anthropologist and interested in how men experience this disease. Breast cancer is mainly associated with women. I decided to further explore this subject by means of a photo series and video interviews.

The first three men who immediately said yes were members of the ‘men with breast cancer’ expert group at the Dutch Breast Cancer Society. They were happy to pose for me, because they had completely committed themselves to getting more attention devoted to this subject. The other eight men registered with me in response to a letter they received via their doctor or nurse. All applied because they agreed there should be more publicity about men with breast cancer. Almost all men in their environment had experienced that people were ignorant or prejudiced.

I want to use my photo series and video interviews to give men with breast cancer a face.

As soon as you view the first photo, an arrow appears which you can use to go to the next photo. 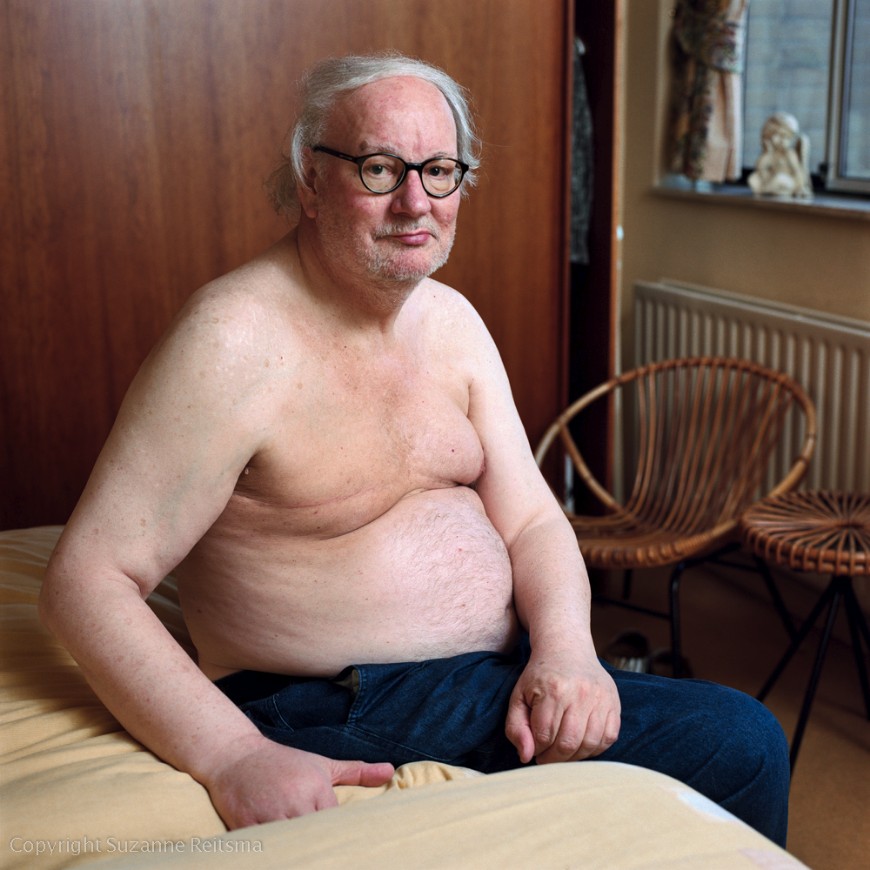 Jan“I didn’t think it was anything serious. I was alone with the doctor when I was told I had breast cancer. I then drove home alone. No, I wouldn’t recommend that to anyone.” 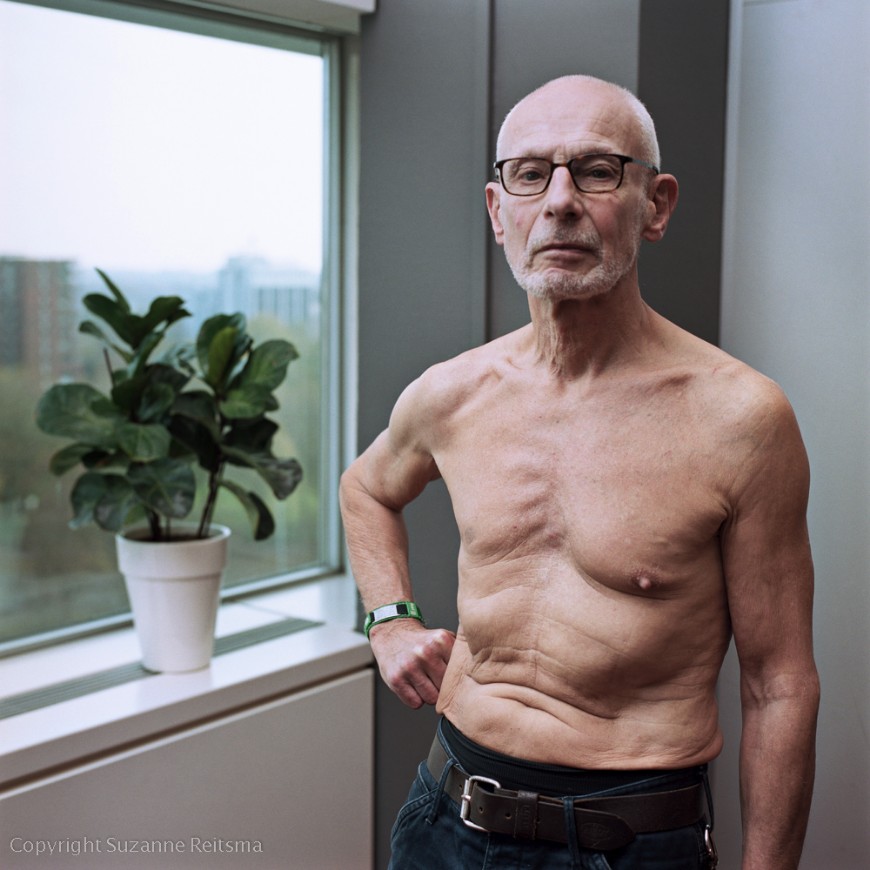 Frits“I am a fanatic sportsman, I participate in many triathlons. One day I was sick of the looks I was getting. I went to a tattoo shop and asked them if they also did nipple tattoos. I am satisfied with the results. I don’t get any questions any more.” 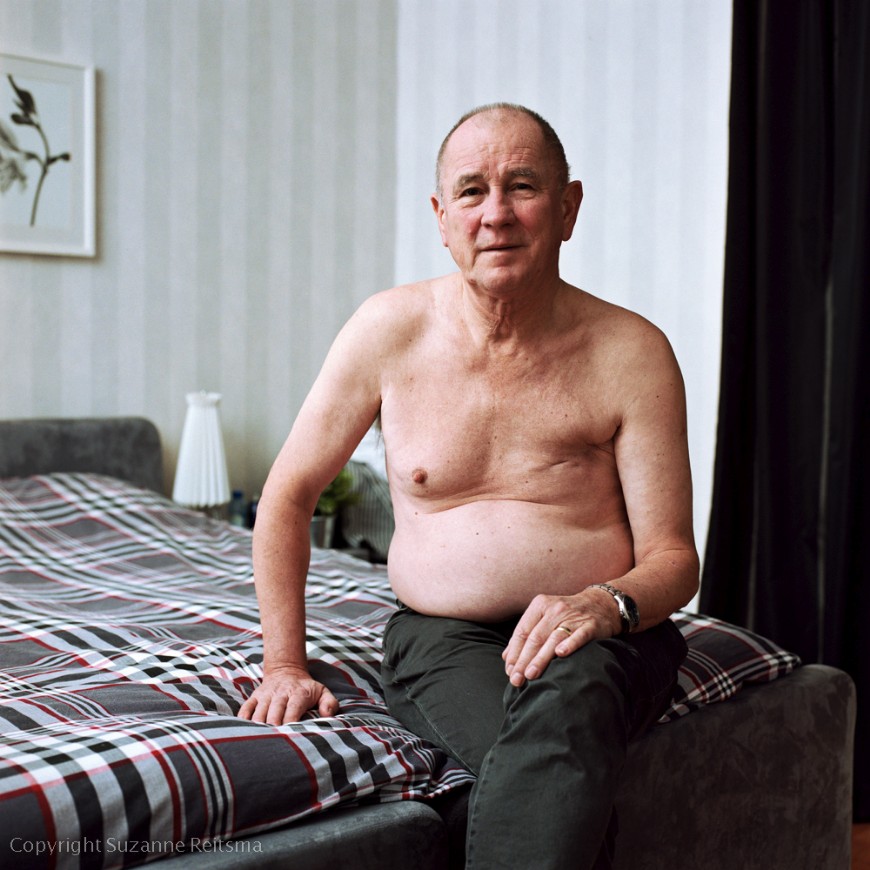 Harry“The medication I received was accompanied by a leaflet which was only aimed at women. Yes, I already knew I would no longer be having my period.” 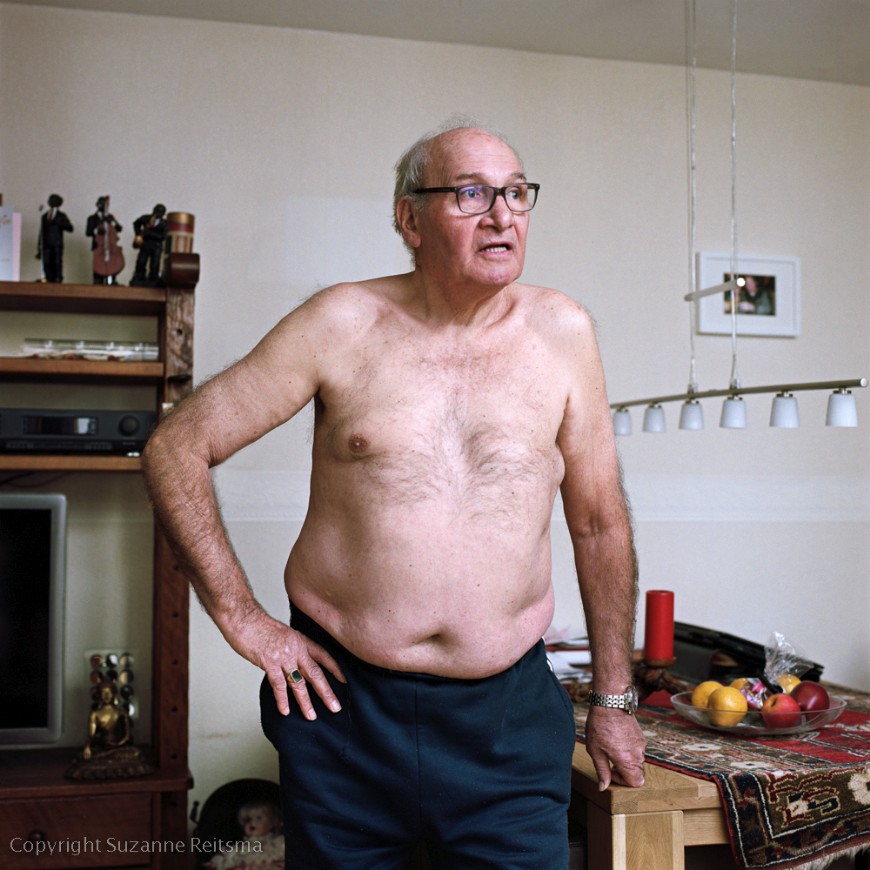 Martin“I prefer to keep my T-shirt on at the beach.” 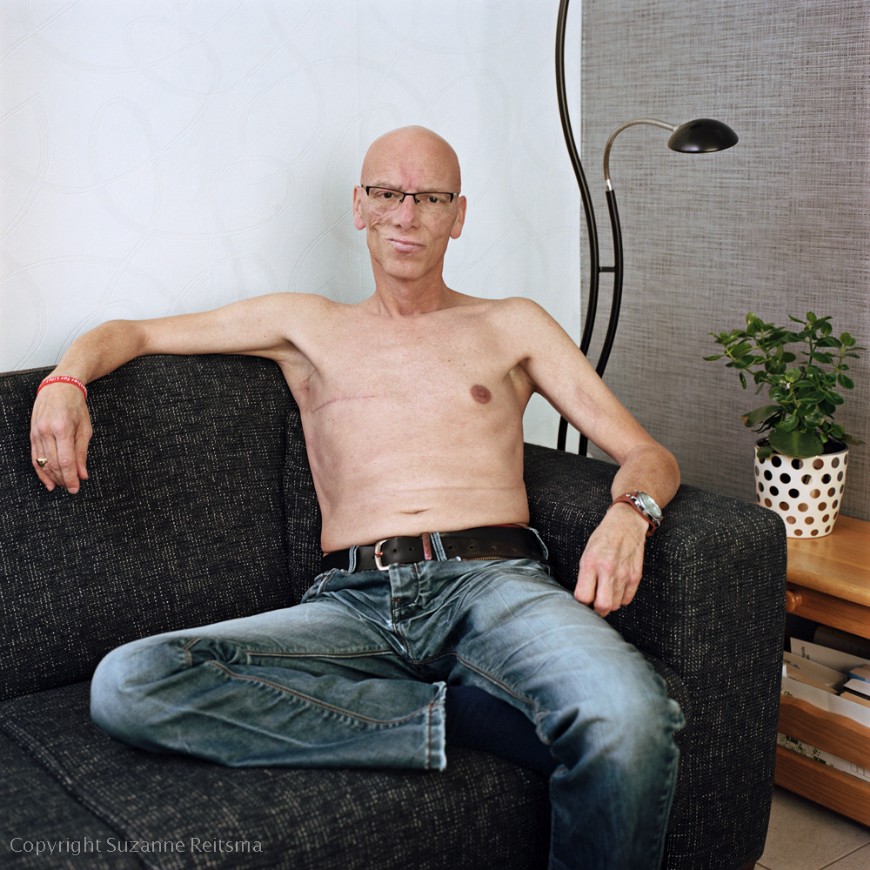 Erwin“It is important for attention to be devoted to men with breast cancer. I wouldn’t mind putting up a poster in a bus shelter, if this would help other men.“ 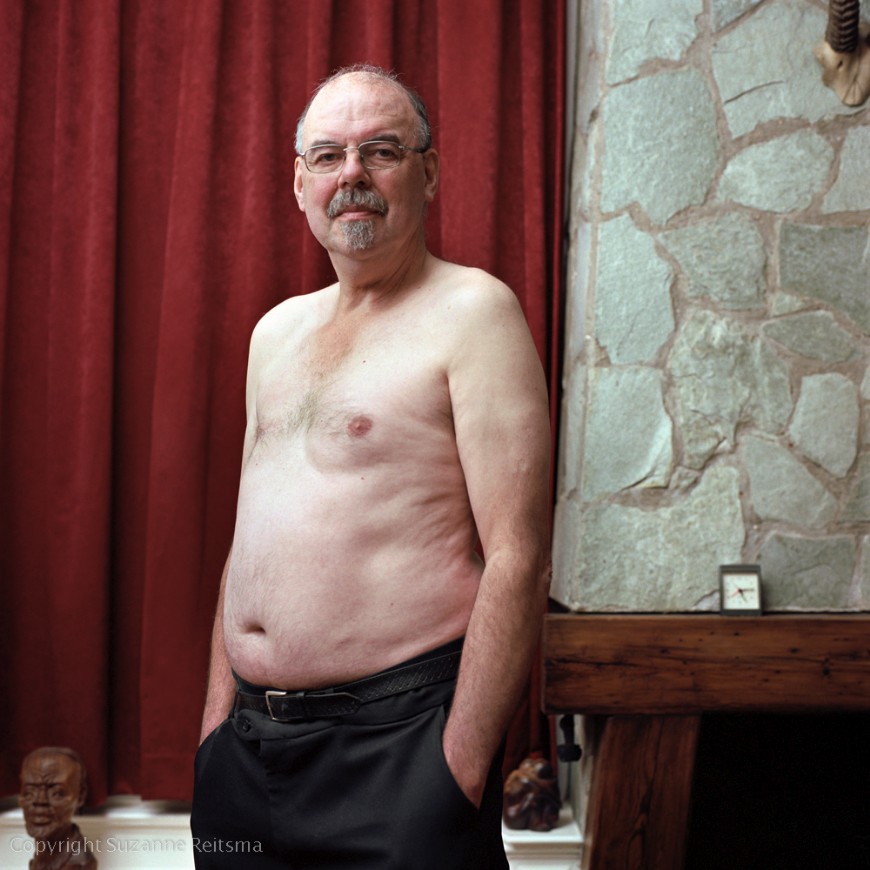 Johannes“I didn’t want to mope on the couch after the operation. I hung the drain in a bucket on my handlebars and cycled to my community garden.” 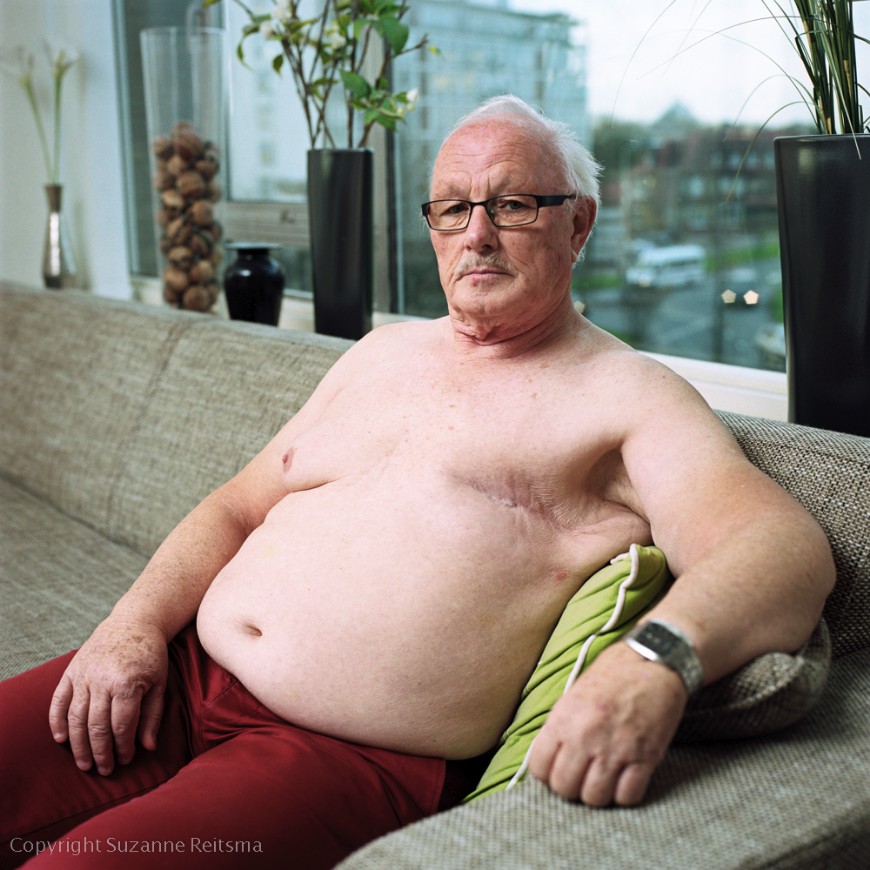 Henk“I just kept working throughout the chemo. As a driving instructor I have a sedentary job, so that was fine. Although I had to drag myself up the stairs at the end of the day.” 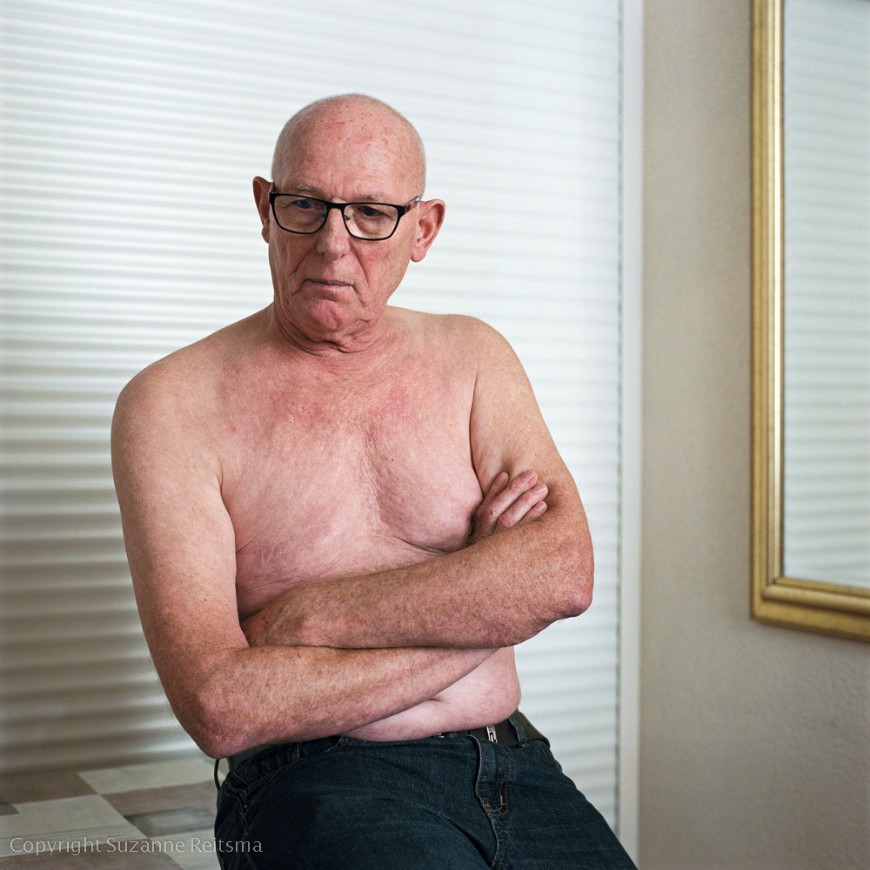 Simon“I decided to attend the Dutch Breast Cancer Association’s members meeting in 2005. I only saw women when I first arrived. Well, Simon, I told myself, prepare yourself. They initially found my critical questions quite difficult, but a peer group for men was eventually set up.” 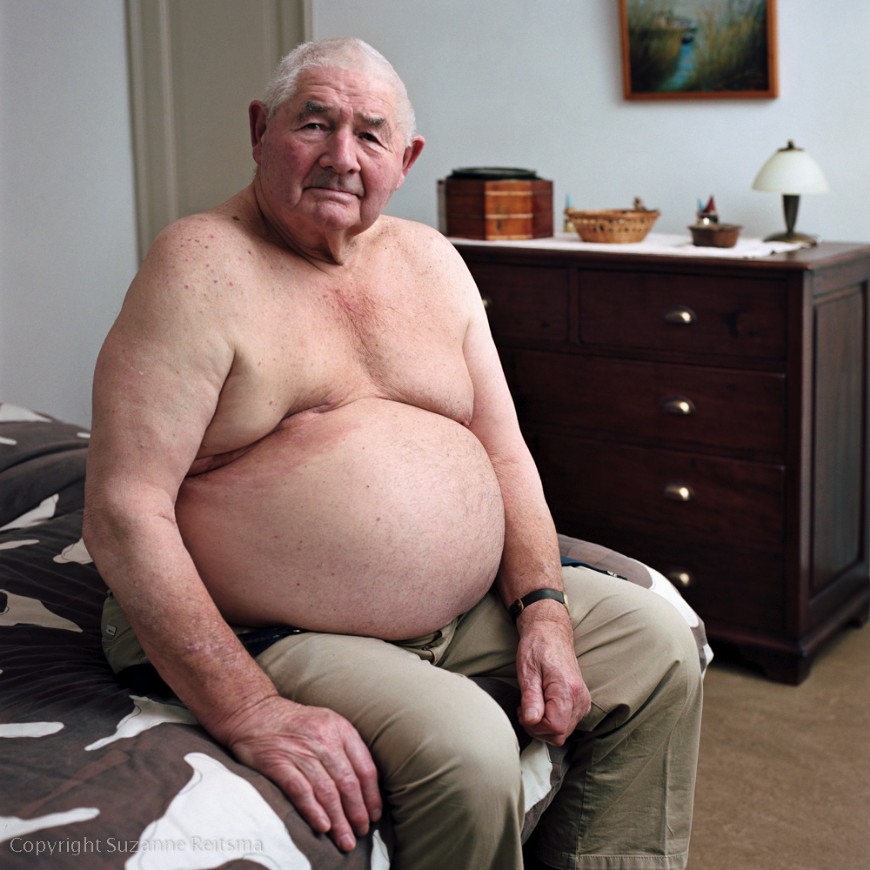 Frans“I drink a litre of “zuurzak” tea every day. It’s full of antioxidants. A tip from my granddaughter. And a tablespoon of pure honey, but not from the supermarket. Our food is so processed today, I don’t think it’s any good for us humans.” 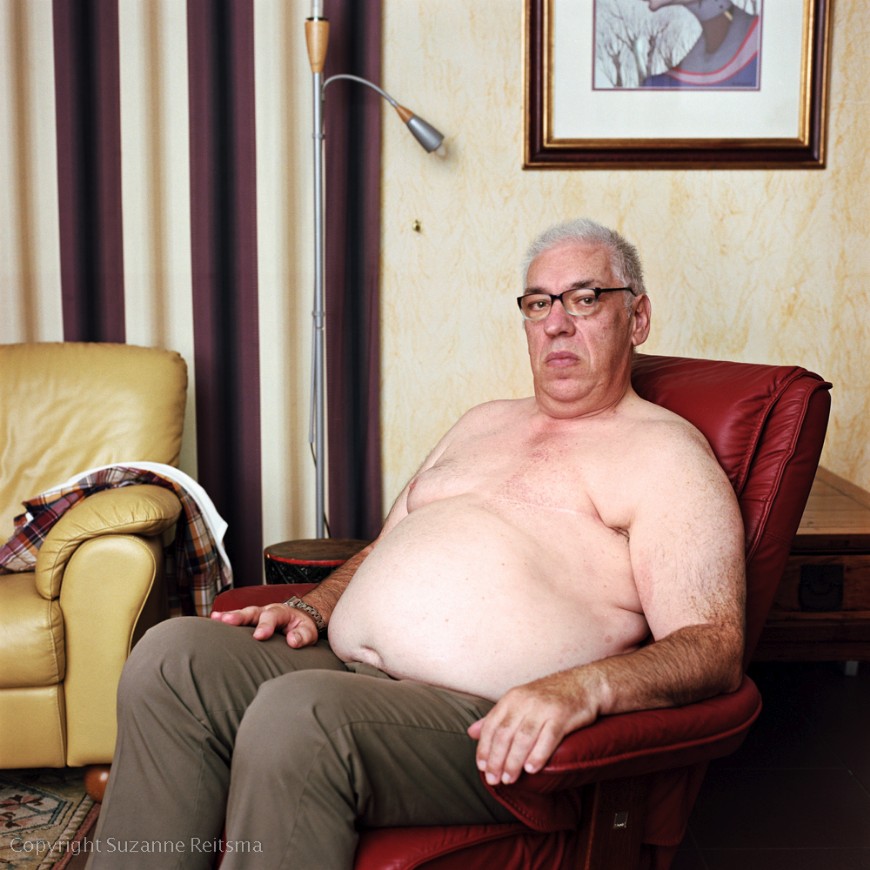 André“Mrs Pauwels, the nurse called out. Hey, I thought, another person with the same last name. Only then did it dawn on me that she meant me.”